Now I Know My ABC’s 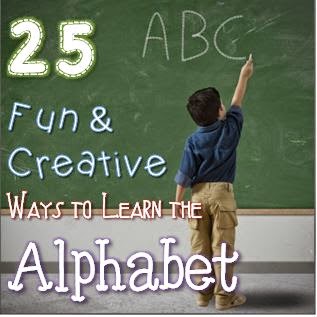 Learning the alphabet can be so much fun! There are so many great ways to teach kids letters and sounds. I’ve made a list of some of the things we’ve loved doing!

1. Sing the ABC song (and find fun versions on YouTube to watch).

2. Use magnetic letters on a white board or the fridge.

3. Go on an alphabet letter hunt around the house – find each letter.

4. Go on an alphabet letter hunt while riding in the car – look on license plates and signs.

5. Do a scavenger hunt around the house and find objects that start with each letter.

7. Make letters out of playdough.

8. Paint letters freehand – or paint in bubble letters (get some printables here).

9. Fill bubble letters with objects that start with that letter (ex: bandaids on B, popcorn on P)

10. Rainbow write letters – trace letters over and over with different colors of crayons.

11. Draw letters on a chalkboard or whiteboard, and have kids erase them as you call them out.

12. Letter hopscotch – write letters on the sidewalk with chalk, or inside, just put paper circles with letters on them spread around on the ground. Call out letters and have kids hop to the right one.

13. Write letters on a big beach ball with permanent marker. Throw the ball for your kids to catch. When they catch it, they look at the letter closest to their pointer finger and say it – they could also name something that starts with that letter.

14. Form letters from string or yarn

15. Sound shoot out – say a letter, then the kids tell you the sound it makes, or something that starts with that letter, then if they get it right, they can throw a ball into a basketball hoop or bucket.

16. Play with foam letters in the bathtub

17. Use a (clean) fly swatter and have kids splat letters as you call them out.

18. Make an alphabet parking lot on paper, writing one letter in each space, then have kids drive their cars and “park” on the letter you call out. Or put a small piece of masking tape on the cars with the lower case letters and have them park in the space with the capital letter.

19. Write letters in salt or sand on a tin pie plate or tray.

20. Get a letter puzzle and bury the pieces in a tray of rice. Kids dig through the rice to find pieces and put the puzzle together.

21. Write letters on ping pong balls, put them in a container of water, and use a little net to go fishing for letters.

22. Paint letters with water on a sidewalk, fence, or chalkboard.

24. Get some old magazines and cut out letters. For an extension, gather a lot of one letter, then arrange and glue them on a piece of paper in the shape of that letter.

I’ve created some fun ways to practice letters, like this adorable Animal Alphabet Emergent Reader and Interactive Notebook Set, which includes a colorful class book, student book to color, cut, and put together, and pieces to make their very own animal alphabet interactive notebook!

And when  your kids are ready to practice writing the letters, I’ve created this fun Alphabet Letters Practice Pack of worksheets where kids can trace, write, find and dot, cut and sort all the letters of the alphabet!

I hope your kids have fun with all these activities! 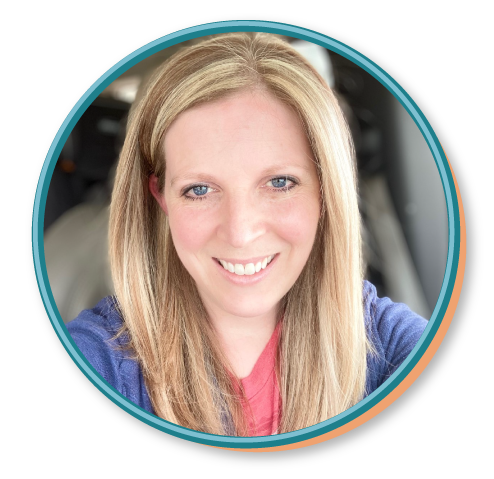